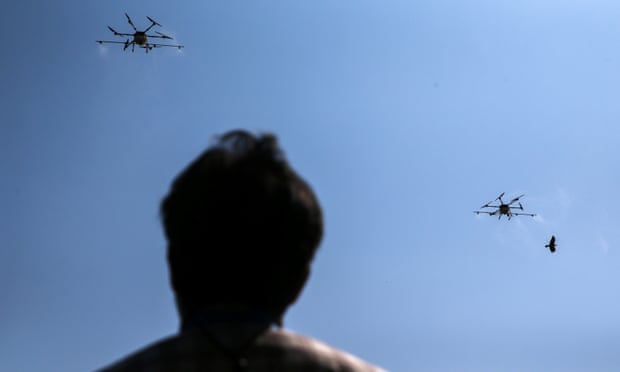 A Bill Gates-funded startup is seeking permission to test a new kind of drone detector at Sunday's Super Bowl game between the Los Angeles Rams and the New England Patriots in Atlanta, Georgia.

Echodyne, a Seattle-based company, filed an application with the Federal Communications Commission (FCC) on Sunday to operate two experimental radars "in the immediate vicinity" of Mercedes-Benz Stadium to "alert security personnel, including federal officers, of any unidentified drone activity during Super Bowl LIII". 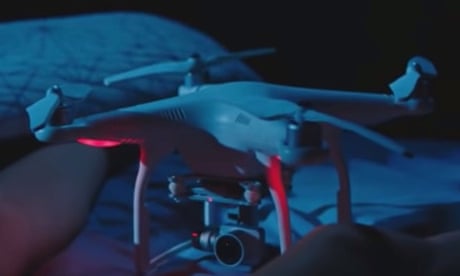 First Gatwick. Now a film about a serial killer drone. We have been warned

The drone tests would be conducted under the guidance and direction of the FBI.

Atlanta police have said there will be a zero-tolerance policy for drones near the Super Bowl stadium, with hundreds of local, state and federal law enforcement officers watching for illegal flights.

Reports of rogue drones grounded flights at Newark Liberty international airport in New Jersey last week, and forced the closure of Gatwick, Britain's second-busiest airport, for several days in December. But it remains difficult to assess whether drone sightings represent real incursions by the small aircraft. At Newark, the Federal Aviation Administration said that it could not independently confirm the drone sightings by two airline pilots.

Echodyne says its radars can detect, track and identify flying objects, discriminating between possibly dangerous drones and harmless birds or balloons. That information is fed to devices that attempt to jam the drone's control or navigation signals, or to attack drones using nets. The US military has even developed counter-drone lasers to shoot offending aircraft from the sky.

Could the Air Force X-37B become a laser and missile-firing space drone?