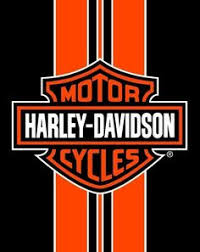 The stock of America's iconic motorcycle maker, Harley Davidson, is in full-blown slaughter mode this morning, after the company reported dismal earnings, barely breaking even in the last quarter of a year in which HOG got caught up in President Donald Trump's trade wars.

Harley-Davidson fell over 8% pre-market after the company reported 4Q EPS and revenue that not only missed the lowest Wall Street estimates, but were the biggest miss to consensus since 2009. 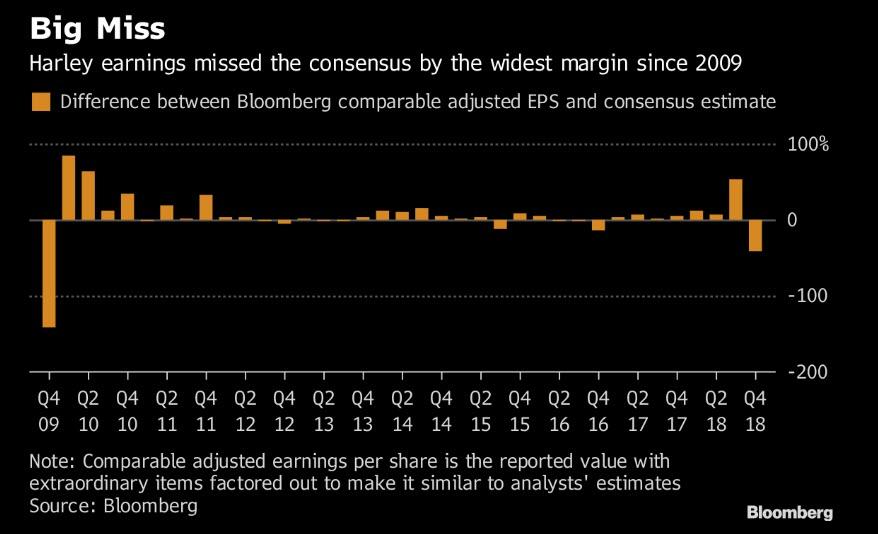 GAAP EPS was $0.000 in the fourth quarter, and 17 cents a share on a non-GAAP basis which excluded tariffs and restructuring costs (somehow excluding tariffs is now part of non-GAAP), missing analysts' average estimate for 29 cents (range of 19c to 42c) while revenue was only $955.6 million, far below the consensus estimate $1.05 billion (range $1 billion to $1.10 billion, while 4Q gross margin 27.6% was modestly better than the estimated 27.5%.

The company also reported 4Q motorcycle shipments of 43,489, down 7.9%, which fell well short of the company's forecast given in Oct. for total shipments of 45,800-50,800. This even though the company said it finished the year with 52,000 more Harley- Davidson riders than one year ago.

Some more highlights courtesy of Bloomberg:

U.S. retail sales tumbled 10 percent in the three months ended in December, the eighth consecutive quarterly drop. Harley is struggling to attract younger riders and is looking to offset that by offering cheaper bikes and selling clothing and gear, including on Amazon, to reach new customers.

Sales in Europe and Asia also fell, and worldwide deliveries dropped 6.7 percent. CEO Matt Levatich unveiled a turnaround plan in July that calls for 50 percent of revenue to come from outside the U.S. by 2027. He's introducing as many as five electric models, including lightweight, urban bikes to target growth in Europe and India.

Harley said in June it would move some U.S. production overseas to sidestep EU tariffs that jumped to 31 percent from 6 percent, sparking the ire of Trump, who said he'd back a boycott of the company's bikes.

Analysts think demand for Harley's new electric motorcycle, LiveWire, will be limited because of its $29,799 price tag. Its cheapest bike starts at $8,699.

TSLA Soars On Inclusion In The S&P 500