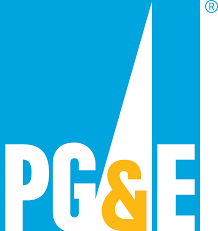 In what's expected to be one of the most complicated bankruptcies in recent memory thanks to the involvement of indignant state and federal regulators, activist shareholders, worried bond holders and angry fire victims, PG&E has officially filed for bankruptcy.

The Wall Street Journal reported that as we previewed last night, the troubled utility which serves 16 million California customers, filed for bankruptcy early Tuesday, claiming more than $50 billion in debt. Facing what some analysts estimate could be some $27 billion in fines relating to the role of malfunctioning equipment in causing wildfires, the bankruptcy process is expected to be a protracted mess as state and federal regulators try to figure out the best plan for holding the country's largest utility accountable. When it's all said and done, the outcome is expected to have wide-ranging implications for utility customers, fire victims, shareholders and wholesale power providers.

In the filing, the utility revealed that it's facing some 750 complaints on behalf of 5,600 fire victims, with fire-related liabilities amount to some $30 billion. 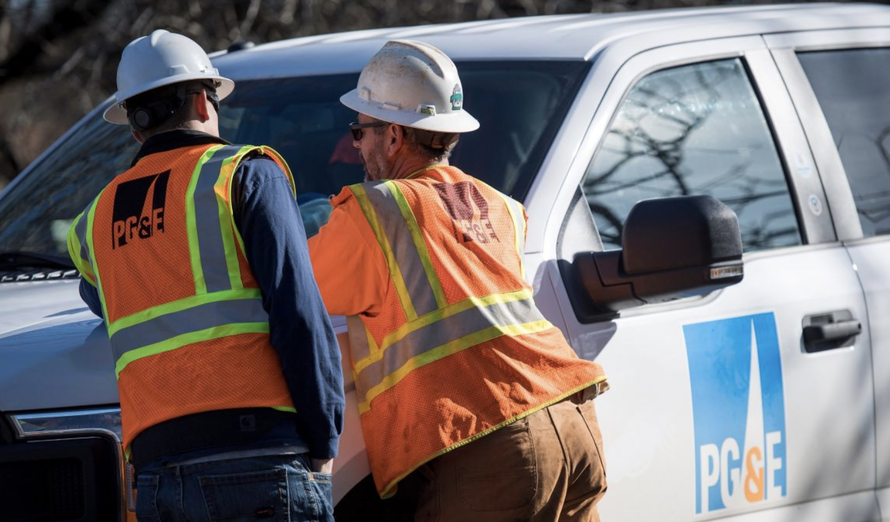 Though PG&E was cleared last week of involvement in the 2017 Tubbs fire that tore through the state's wine country, its equipment has been implicated in 18 other wildfires that burned nearly 200,000 acres, destroyed 3,256 buildings and homes and killed 22 people during the 2017 wildfire season. And investigators are still working to figure out whether PG&E's equipment played a role in starting November's Camp Fire, which killed 86 people, making it the deadliest fire in state history. The company's shares soared on the news that it would be freed from liability in the Tubbs fire, which reduced its potential liabilities by as much as $11 billion.

While it's true that utilities rarely declare bankruptcy because of state guarantees, California law allows utilities to be held responsible for fires caused by their equipment, even if the company wasn't negligent. PG&E previously declared bankruptcy back in 2001 thanks to the California energy crisis.

One thing is clear: the bankruptcy is bad news for Californians, who could face double-digit increases in their energy bills despite already paying some of the highest rates in the country. The bankruptcy could also be problematic for wholesale power providers like NextEra and Consolidated Edison as PG&E is expected to try and renegotiate contracts to purchase wind and solar power after cancelling some $34.5 billion in longstanding contracts.

"It could have a real ripple effect throughout the power industry, not just with respect to the existing contracts that are there," said Luckey McDowell, a partner in Baker Botts' restructuring group. "It could have a chilling effect in respect to new investment."

By declaring bankruptcy, PG&E becomes not just a 'fallen angel' - a term used to describe firms that go bankrupt shortly after losing their Investment Grade rating - but a 'failing angel' - a term coined by BofA indicating that a firm went from investment grade to bankruptcy within the span of a year. PG&E also joins Lehman Brothers and WorldCom. 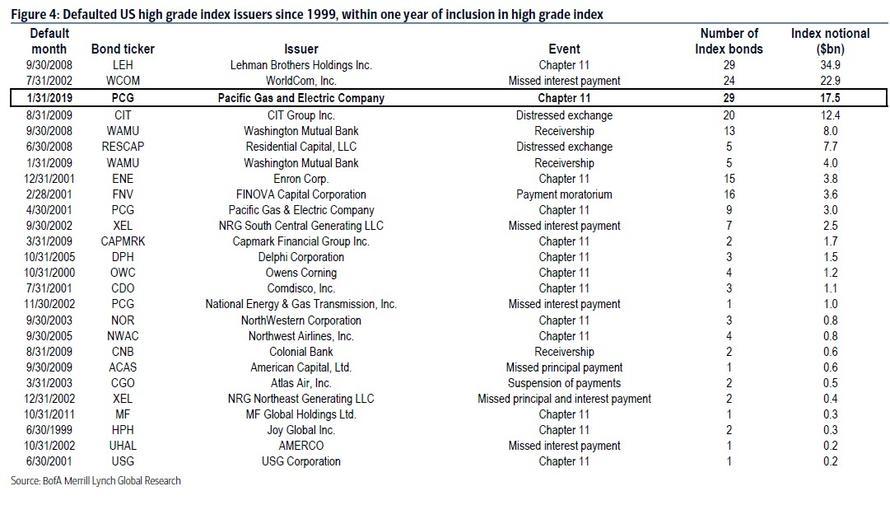 TSLA Soars On Inclusion In The S&P 500