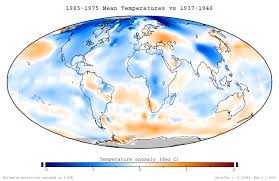 "We see a cooling trend," said Martin Mlynczak of NASA's Langley Research Center. "High above Earth's surface, near the edge of space, our atmosphere is losing heat energy. If current trends continue, it could soon set a Space Age record for cold."

The new data is coming from NASA's Sounding of the Atmosphere using Broadband Emission Radiometry or SABER instrument, which is onboard the space agency's Thermosphere Ionosphere Mesosphere Energetics and Dynamics (TIMED) satellite. SABER monitors infrared radiation from carbon dioxide (CO2) and nitric oxide (NO), two substances that play a vital role in the energy output of our thermosphere, the very top level of our atmosphere.

"The thermosphere always cools off during Solar Minimum. It's one of the most important ways the solar cycle affects our planet," said Mlynczak, who is the associate principal investigator for SABER.

The new NASA findings are in line with studies released by UC-San Diego and Northumbria University in Great Britain last year, both of which predict a Grand Solar Minimum in coming decades due to low sunspot activity. Both studies predicted sun activity similar to the Maunder Minimum of the mid-17th to early 18th centuries, which coincided to a time known as the Little Ice Age, during which temperatures were much lower than those of today.