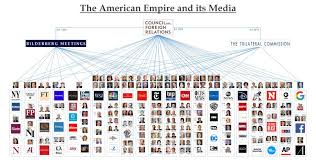 The service NewsGuard, an establishment attempt to silence alternative media and independent media sites, has teamed up with Microsoft to help its effort to destroy free press. Meanwhile, the mysterious firm connected to intelligence agencies and former government officials on their advisory board has also just been linked to Saudi Arabia through Publicis Groupe, an investor in NewsGuard.

NewsGuard is now automatically included in Microsoft's Edge browser on iOS, Android and Microsoft phones. Microsoft's press release regarding the partnership states that NewsGuard "will empower voters by providing them with high-quality information about the integrity and transparency of online news sites." Just one problem, who is providing transparency about the news rating agency?

When a user decides to search the Web, the extension tells the user whether or not a story is credible or not credible with 5 indicators and an information box judging the website.

-Green icon — Sites that follow "basic standards of accuracy and accountability" based on nine criteria,which include full disclosure of possible conflicts of interest, financing, and "notable ideological or political positions held by those with significant financial interests in the site."

-Red icon — Sites that do not fulfill NewsGuard's criteria for credibility and transparency.

There is just one problem: the plugin is only blacklisting certain sites and does not actually have fact checkers looking into the story in question. So, in fact, the service is censoring alternative and independent media. But, let's be honest, that's exactly what its founders, creators, funders, and advisors want.

If you aren't worried about a company with a former CIA director (who lied under oath to Congress misleading officials, according to the Senate report on the CIA's interrogation program) and a former secretary of Homeland Security official as its advisors, you may need a reality check. Please go see Dr. Benn Swann for a checkup stat!