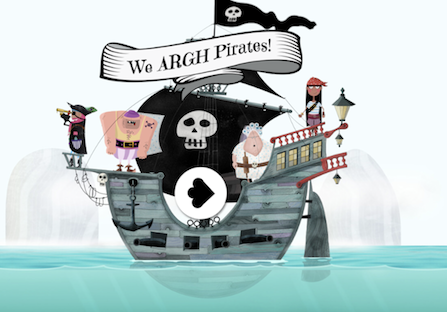 Making an impact at work is harder than ever. Companies know they need innovation to continue to be relevant, but many have a hard time creating an environment that fosters change from within. The two main corporate strategies for dealing with disruption seem to be:

Non-Aligned Alignment; where team members agree on 'radical transformation' in meetings, but become silent saboteurs the moment they realize the threat/cost/effort involved.

Permission-Based Change; where well-intended 'New Thinking' is sent to an early grave in PowerPoint charts and email threads, suffering the death of a thousand 'thoughts.' Perhaps today's businesses are just broken or maybe many in the C-Suite fear that "transformation" would force them out of the company. Either way, a new path is needed that doesn't follow current rules. It's time for Professional Rule-Breaking.

Before I get attacked by managers across the country, this is not about chaos, this is about change. The art of rule-breaking is in the rule re-making. Knowing that most of us are hard-wired to follow the rules and aware that I was entering dangerous territory in already fractious times, I searched for role models who meet the needs of a workforce looking to break out of stasis and break into their future.

I examined the leadership of the Civil Rights Movement, the Suffragettes, and all the movements of the sort of scale and significance that the challenges of our times demand. To my surprise, I found the role models we most need in the form I'd least expect — in the Golden Age of Pirates. I discovered the romantic rogues we know in Jack Sparrow and Captain Hook are only half the story, the other half being of dynamic organizational structures that rewrote the rules of a broken system and stood up to a self-interested establishment to help change it forever.

The lesser-known story of Pirates was omitted from the history books by the establishment it threatened. But it demands your attention today. These Pirates were the Millennials (average age 28) of the early 1700s, facing huge disruption, industrial innovation, and a lack of visionary leadership. The similarity in context is interesting, but it's their response that makes them essential reading.

My new book, BE MORE PIRATE: How to Take On the World and Win, is the case for the relevance of pirates to 21st Century professionals. BE MORE PIRATE shows how Pirates became pioneers of open systems, self-organizing teams, facilitative leadership, fairer workplaces and a raft of even more surprising organizational innovations with an eerily contemporary ring. For example, there was no gender pay gap on board a pirate ship (or any pay gap for that matter, regardless of gender or ethnicity). TeeSpring Shop for Pirates without Borders