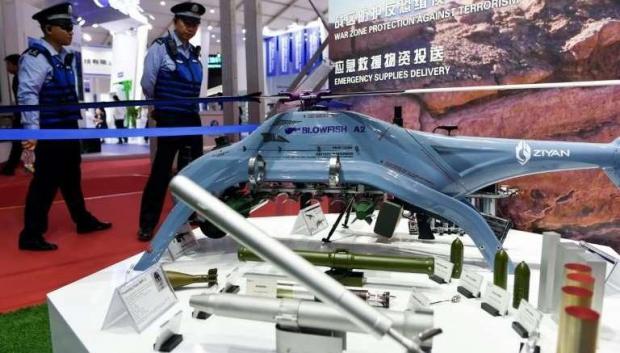 China is aggressively unleashing lethal fully autonomous drones that can carry out targeted military strikes, a think tank has warned.

The killer drones and pilotless aircraft fitted with AK-47 rifles are being exported to Asia, Africa and combat zones in the Middle East.

US national security think tank Center for a New American Security (CNAS) said in a report that Chinese officials see this AI 'arms race' as a threat to global peace.

Gregory C Allen, the author of the report, said China is rushing to integrate ever more sophisticated artificial intelligence into weapons and military equipment.

He pointed out that drones, both large and small, are a particular example of a type of weaponry that is increasingly becoming automated.

In the US, drones are capable of basic autopilot, performing simple tasks like flying in a circle around a target.