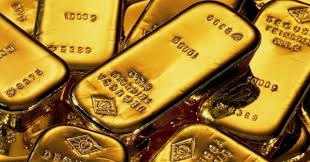 And just like that, it seems we're headed back to quantitative easing…

After cutting interest rates to nearly zero following the 2008 crisis, the Federal Reserve starting raising rates near the end of 2015 (from 0.25% to 2.5% today).

Following the most recent hike in December 2018, Chairman Powell seemed hell bent on further tightening, saying "some further gradual increases" were in the cards.

Investors were in panic mode and calling for the end of the world.

The pain was too much…

The new chief economist for the International Monetary Fund praised the move, saying she sees "considerable and rising risks" to the global economy.

And no surprise here, but Paul Krugman also supported the Fed's policy. He's also worried about a possible recession… but more worried the Fed won't be able to cut rates low enough.

Now, the market is putting the likelihood of a rate hike this year at ZERO… and it's expecting a rate cut next year.

"Houston, We Have A Problem" - 85% Of Silver In London Already Held By ETFs

Is Silver THE Answer?

Rabobank: Uprisings And Revolutions Are Often The Result Of Expensive Silver

Is 'The Reddit Army' On The Verge Of Creating The Most Epic Silver Short Squeeze In U.S. His