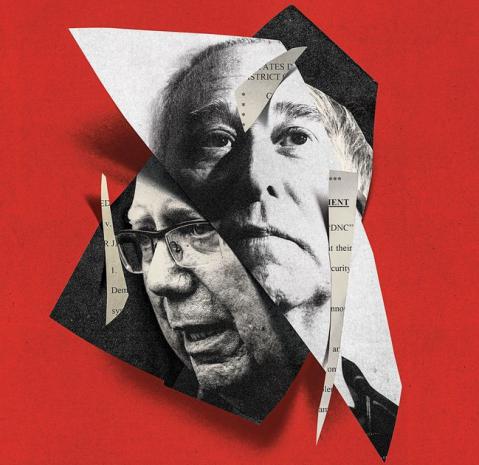 Roger Stone's house, in Fort Lauderdale, is situated between a quiet street and one of the city's canals, which are the only feature Fort Lauderdale shares with its Italian sister city, Venice. In a small room on the first floor, Stone keeps mementos of a career as a political consultant and provocateur which is now in its fifth decade. There are bumper stickers from Richard Nixon's campaigns for President and photographs of Stone with candidates for whom he's worked. There's one of Arlen Specter, the late senator from Pennsylvania, and several of Stone with Donald Trump, whose political aspirations Stone has championed since the nineteen-eighties. When I visited him, on a quiet afternoon in early January, the room also featured a reminder of the crisis that was enveloping him—and his characteristic response to it. In a pair of cardboard boxes, there were dozens of polished rocks, which Stone was autographing and selling: "Roger stones," to benefit his legal-defense fund. As subsequent developments have demonstrated, he is going to need to sell a lot of them. Shortly before dawn on the morning of January 25th, F.B.I. agents pounded on the door of Stone's house and arrested him, following an indictment obtained by Robert Mueller, the special counsel. The F.B.I. also searched Stone's house, his office, and the apartment in Harlem that he used to share with Kristin Davis, the former madam and onetime New York gubernatorial candidate.

According to Matthew Whitaker, the acting Attorney General, Mueller's investigation of Russian interference in the 2016 election is "close to being completed," but Mueller has not yet said whether he believes that anyone on the Trump campaign colluded with Russian interests in order to defeat Hillary Clinton. Nor has he said whether he believes that the President obstructed justice by firing James Comey, the former F.B.I. director. Nevertheless, Mueller's legal filings, which include indictments and sentencing memorandums, have created an almost novelistic narrative, featuring rich portraits of the political and personal motivations of a large cast of characters. Mueller has shown that Russian citizens and companies created a stunning array of fake social-media accounts to boost Trump and damage Clinton, and that Russians hacked and released, notably to WikiLeaks, the e-mails of prominent Democrats, including John Podesta, Clinton's campaign chair. Mueller and other prosecutors have also established that certain people around Trump have lied to the authorities about their ties to Russia. This group includes Michael Flynn, the former national-security adviser; Michael Cohen, Trump's former personal lawyer; George Papadopoulos, a Trump campaign aide; and Roger Stone.

The Stone indictment reads like a political black comedy. It stars a pair of mismatched operatives, Stone and the right-wing author Jerome Corsi, who, without formal connections to the Trump campaign, went on a transatlantic quest for dirt. Mueller's indictment does not charge Stone with any involvement in the hacking, but accuses him of lying to the House Permanent Select Committee on Intelligence about his (and Corsi's) efforts to pry loose the hacked e-mails from WikiLeaks. Stone is also charged with trying to coerce Randy Credico, a New York media figure and a sometime friend of Stone's, into joining his efforts to interfere with the work of the House committee. According to the indictment, Stone, in order to prevent Credico from sharing what he knew, sent menacing e-mails to him, including one that said "Prepare to die," followed by an expletive. He also threatened to steal Credico's thirteen-year-old therapy dog, a Coton de Tulear named Bianca.

Stone has responded to Mueller's charges with fevered hyperbole. "Those who think the Mueller investigation will die out with a whimper are dreaming," he told me on the phone in early February, after his arraignment in federal court in Washington, D.C. "This is a pretext to allow them to remove both Trump and Pence and replace them with Leather Face—I mean, Nancy Pelosi—and then she can appoint Hillary Clinton as V.P. That's been the agenda from the beginning." He has vowed to contest the charges at trial. "We're going to fight them on every piece of evidence, fight them on every witness. We are going to concede nothing."

Trump Calls on Americans to Help Ensure Peaceful Transition: 'NO Violence' and 'NO Lawbr