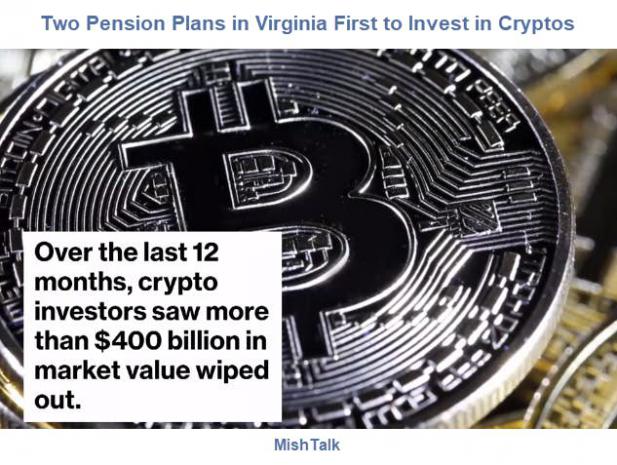 Two Virginia pension funds join a handful of institutions to invest in the crypto world,.

Morgan Creek Digital has scored what it says is probably the first investment in the crypto asset universe from a U.S. pension fund.

Two pension plans in Fairfax County, Virginia are anchor investors in a new $40 million venture-capital fund, according to a statement from the company. Other investors include an insurance company, a university endowment and a private foundation, said Morgan Creek Digital founder Anthony Pompliano, who declined to provide further details.

Fairfax County Retirement Systems manages three separate defined benefit plans, two of which invested in the Morgan Creek Digital fund, said Pompliano. Katherine Molnar, chief investment officer of one of the funds, said in a statement that blockchain technology, which was first developed to record the movement of Bitcoin, is an "emerging opportunity" that offers an "attractive asymmetric return profile.''

Pompliano said his new fund is structured like a traditional venture capital fund that will invest in the equity of companies in the blockchain and digital assets industry. The fund will also hold a small percentage of its value in liquid cryptocurrencies, such as Bitcoin, said Pompliano.

US Stock Markets Up 200%, Yet Illinois Pension Hole Deepens 75%