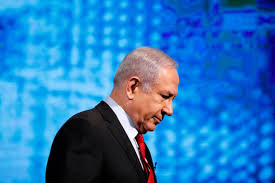 The State Department then changed the agenda:

"The idea was to have a conference, a ministerial, and basically break our diplomatic isolation on Iran," said a person familiar with the planning of the event. "It started out as an Iran conference in disguise but has probably actually been forced to take on more actual broader Middle East content now."
The person added: "They changed some of the focus and were forced to pony up with content on Syria and Yemen particularly."

The meeting took place today but the European powers did not fall for the trick. They want keep the nuclear agreement with Iran:

Even Poland on Tuesday said it disagreed with the U.S. approach to Iran. Foreign Minister Jacek Czaputowicz told reporters the nuclear pact was valuable and expressed hope the conference could help participants find common ground.

While the U.S. delegation includes Vice President Mike Pence, Secretary of State Mike Pompeo and senior White House adviser Jared Kushner, other major players have either refused to attend or are sending low-level delegations. The EU's foreign-policy chief, Federica Mogherini, said she had other commitments.