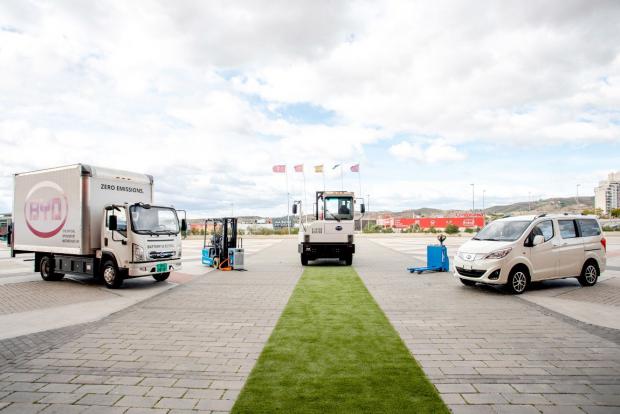 The trucks and van were already sold in China and some other markets, but not in Europe. In the case of forklifts, sales in Europe are counted in thousands.

"The event in Murcia was hosted by both BYD and dealership Tomi Maquinaria, a key electric forklift truck dealer for BYD in the Spanish regions of Murcia and Almeria. Guests included representatives from local and regional Spanish government, logistic companies and dealerships."