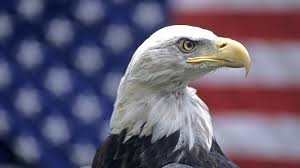 Even as the 'Russiagate' probe crumbled in the US Senate, five senators resurrected a 'sanctions bill from hell' against Russia. What are the prospects of it passing, and does it even need to in order to achieve its objective?

The "Defending American Security from Kremlin Aggression (DASKA)" Act, also known as Senate Resolution 482, was announced on Wednesday by the leading Democrat on the Senate Foreign Relations committee, Bob Menendez (D-New Jersey). It is a rehash of the August 2018 bill (S. 3336) proposed by Menendez and Lindsey Graham (R-South Carolina), called the "sanctions bill from hell" at the time.

Because DASKA has not been properly filed with the Library of Congress, the full text of the bill is not available just yet. Based on the announcement put out by Menendez, it goes beyond the previous proposal to sanction Russian sovereign debt and banks that "support Russian efforts to undermine democratic institutions in other countries," investments in natural gas projects outside of Russia, as well as "political figures, oligarchs, and family members and other persons that facilitate illicit and corrupt activities, directly or indirectly, on behalf of Vladimir Putin."