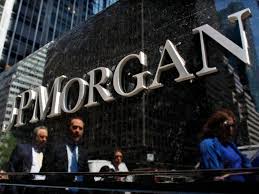 Bitcoin emerged from the tumult of the 2008 financial crisis as a way to wrest control of money away from big banks and the government. Now, the largest bank in the US is launching a digital token using blockchain technology inspired by that which underpins Bitcoin.

JP Morgan Chase's JPM Coin is a digital token that represents US dollars held in JP Morgan Chase accounts, according to the bank. The token is aimed at large, institutional clients that need to move large sums of money quickly. Using a digital token that is sent and logged near-instantly in a database would allow for clients to send payments without waiting for wire transfers which, as CNBC noted, might take more than a day to settle.

The news that the largest bank in the US is adopting some technical aspects of cryptocurrencies like Bitcoin and Ethereum—a blockchain that came after Bitcoin and iterated on it—was not met with the jubilation one might expect of cryptocurrency enthusiasts. Instead, JPM Coin has been cast by some as a co-option or even an attackof sorts on cryptocurrencies. Jamie Dimon, CEO of JPMorgan Chase, famously called Bitcoin a "fraud" in 2017, though the bank has long touted the supposed benefits of blockchain technology.

Another contingent of cryptocurrency observers, though, is nonplussed about JPM Coin for another reason entirely—it's not a cryptocurrency at all. If a naive person was scanning news headlines about JPM Coin, they might understandably come away with the impression that JP Morgan Chase was launching something comparable to Bitcoin.