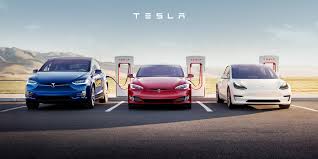 Tesla's acquisition of battery supplier Maxwell Technologies went mostly unnoticed by the mainstream press, but it could have a tremendous influence on the future of the California carmaker, and of the entire auto industry.

Maxwell, which was founded in 1965 as a government contractor, is based in San Diego and has about 380 employees. The company has gotten a lot of coverage in the EV press, mainly because of its innovations in the realm of ultracapacitors. The astute will recall that Elon Musk was planning to study ultracapacitors when he arrived at Stanford in the 1990s.

However, Electrek's Fred Lambert surmises that Tesla's acquisition of Maxwell may have little to do with ultracapacitors, and much to do with "dry electrodes," which the company calls "a breakthrough technology that can be applied to the manufacturing of batteries."

Maxwell claims to have demonstrated that its proprietary electrode can enable an energy density of over 300 Wh/kg, and predicts that it can achieve over 500 Wh/kg. Of course, the energy density of Tesla's batteries is top secret, but it's widely believed to be the best in the industry.

Attorneys for Kenosha shooter Kyle Rittenhouse say they will sue Joe Biden and his campaign...