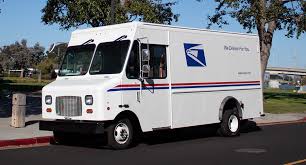 The United States Postal Service (USPS) starts a new pilot EV project in which it will test seven all-electric step vans, supplied by Motiv Power Systems. The first one was already delivered and now serves routes in Fresno.

Motiv Power Systems builds its EVs using the Ford E-450 as a base and EPIC Chassis with 106 or 127 kWh battery packs for about 90 miles of range.

According to the press release, USPS will verify the vans capabilities, as well as fuel and maintenance savings over one year of the project. We guess that positive results could trigger some orders, but USPS seems reluctant so far, as various tests were already performed for several years.

"The pilot program of seven Motiv-powered vans is slated for deployment in California's Central Valley. The first vehicle now serves routes in Fresno with the balance of the vehicles to be deployed in Fresnoand Stockton as part of a year-long program. Most of the immediate project benefits will accrue in the San Joaquin Valley, an economically disadvantaged area with some of the highest pollution burdens in the country, as evidenced by CalEnviroScreen scores within the worst five percent in the state.

Attorneys for Kenosha shooter Kyle Rittenhouse say they will sue Joe Biden and his campaign...