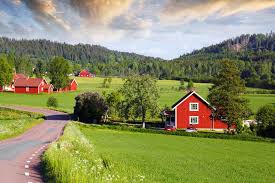 The pensioner explained during questioning, "I was angry when I read about how it worked with immigrants and how they avoid punishment for everything they do. They get acquitted, though they steal and do other things. It is unfair that those who commit gross crimes can go free..." The pensioner said that she would not have written what she did, had she known that it was illegal. She evidently labored under the misconception that she was still living in a democracy. In January, she was sentenced to a fine of 4,000 Swedish kroner ($443). She lives on a monthly pension of only 7,000 Swedish kroner ($775).

Swedish authorities clearly cannot -- or will not -- prosecute or convict the jihadists whom they so generously welcome to the country; yet they have no qualms charging and prosecuting harmless elderly pensioners. One might add that a culture that respects the human rights of returning ISIS fighters more than that of the elderly women who are afraid of them, is all but done.

While the Swedish Security Service is assuring the public that it will do "even more" to limit the growth of terrorist environments in Sweden, the Swedish government is exacerbating the problem by welcoming returning ISIS jihadist fighters back into the country. (Image source: iStock)

Possibly the 5/6 most powerful words in court: "I didn't/did-not break any law." Yes you did. Here's the law: "Blah, blah, blah." I didn't break that law. You broke the law of protection for your own country and citizens when you made that law. Your law is not my law or the country's law; it doesn't exist.

How to Identify Visible (and Invisible) Surveillance at Protests

This Makes No Sense: In Month When US Was Shut Down...

Stalkerware sees all, and US laws haven't stopped its spread

Universal vaccination passport has been in development since 2018...

How is Japan Reacting NOW? – Questions For Corbett

This Is #TheGreatReset. You Have Been Warned. #NewWorldNextWeek

BREAKING: Antifa terrorists to be bused to Sparta, Illinois with orders to burn farm houses...