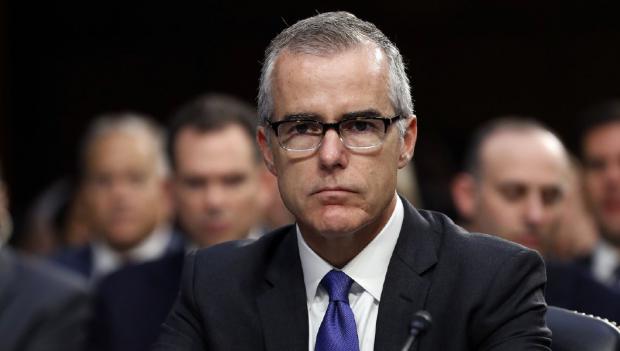 (Natural News) For more than two years, fake news outlets everywhere have shamelessly mocked conservatives and others who contend that there's a "deep state" operating behind the scenes that's trying to unseat President Donald Trump and dismantle the Republic. But we now have a public admission by none other than former FBI Deputy Director Andrew McCabe that the deep state does, indeed, exist – though not a single mainstream news outlet has since come forward to apologize for calling such a notion a wild "conspiracy theory."

During a recent interview with CBS News' Scott Pelley, McCabe admitted that officials from the Department of Justice (DOJ) met in secret to discuss the potential "removal" of President Trump after he fired former FBI Director James Comey. In other words, these alleged "American institutions" that Democrats have continually whined are "under attack" by Trump and his supporters are actually deep state assets that, because Hillary Clinton didn't win the 2016 presidential election, have dedicated their time and resources to trying to unseat the man who did win.

"There were meetings at the Justice Department at which it was discussed whether the vice president and a majority of the cabinet could be brought together to remove the President of the United States under the 25th Amendment," Pelley stated during the interview, exposing a deep state plot involving collusion and election meddling – the very things these same swamp creatures falsely accused Trump of committing.

For more related news, be sure to check out Corruption.news.

While the existence of a deep state might appear to some as a recent creation in response to President Trump, the truth is that a "shadow" government, of sorts, has existed for at least the past 100 years. According to PJ Media's Tyler O'Neil, its existence became evident around the time when limited government burgeoned into a massive "administrative state."