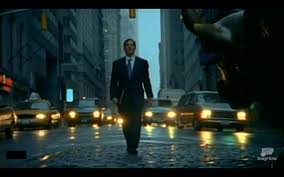 Rockwell:  Good morning.  This is the Lew Rockwell Show.  And what an honor it is to have as our guest this morning, Mr. Tucker Carlson.  I've been a fan of Tucker for years on various cable news shows but it's such a thrill that he's on at 8:00 every night on the FOX News channel with Tucker Carlson Tonight.  Tucker also is an entrepreneur.  He started the Daily Caller as the editor-in-chief and it's a very successful site.

Tucker, your book, I was thrilled to see, pushed Bob Woodward out of number one on the New York Times best-seller list.  Amazon said that they're having trouble filling the orders it's flying off the shelf so fast.  It's Ship of Fools: How a Selfish Ruling Class is Bringing America to the Brink of Revolution.

Tucker, why does the ruling class hate the American working class so much?  Why do they want to replace it with immigrants, as Bill Kristol openly champions?

Carlson:  Well, I mean, that's kind of the central question.  I think there are a couple of reasons for it.  But let me just note, as I think I've read you write, this is the only revolution in anyone's memory waged against the working class, not on its behalf.

Trump To Biden On Antifa: "Ideas Don't Burn Down Buildings"