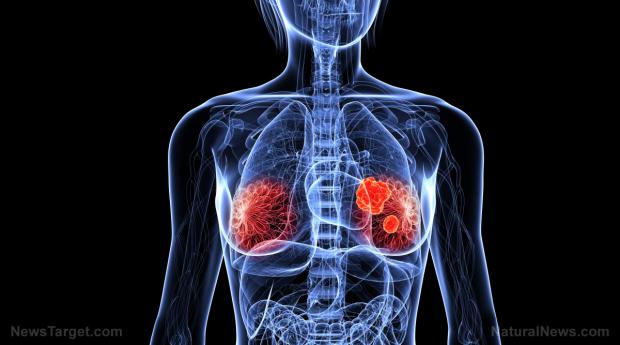 (Natural News) Breast cancer is becoming more and more prevalent not just in women but also in men. This is a major health concern because of the high mortality risk associated with this disease. Although there are conventional treatments for breast cancer, these are often ineffective and are associated with adverse side effects. Because of this, scientists continue to explore natural agents that work against breast cancer without causing complications. In a study by King Saud University and Cairo University, they found that eugenol has potential use as a natural remedy against triple negative breast cancer.

Most mortality cases in breast cancer patients can be attributed to the metastasis of cancerous cells. This is possible with the help of molecules like matrix metalloproteinases (MMPs), which induce changes in the microenvironment. MMPs play different roles in different cancer stages. Many breast cancer patients have elevated levels of MMP2 and MMP9. These molecules are involved in the formation of new blood vessels in tumors. Moreover, these are associated with shorter periods of relapse-free survival.

Eugenol is a phenolic compound found in honey and the essential oils of aromatic spices like cloves and cinnamon. Previous studies have shown that it has potent antiseptic, analgesic, anti-inflammatory, antimicrobial, and antioxidant properties. It also works against colon, liver, prostate, and breast cancer by inhibiting cell growth, triggering cell death, and preventing the formation of new blood vessels. However, there are no prior reports of eugenol's effects on triple negative breast cancer cells.

In this study, which was published in BMC Complementary and Alternative Medicine, the researchers evaluated the in vitro effects of eugenol on the growth, metastasis, and apoptosis or programmed cell death of triple-negative breast cancer cells (MDA-MB-231). They also tested it against HER-2-positive breast cancer, an aggressive form of breast cancer characterized by high levels of HER-2. To determine the effects of eugenol on metastasis, the team evaluated the expression levels of MMP2 and MMP9, as well as an MMP inhibitor. Meanwhile, the degree of apoptosis was based on the expression of caspases, which are genes involved in apoptosis.