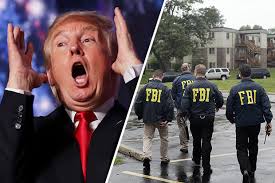 We're programmed to see things in black or white, right or wrong, good or evil. From what we are shown in movies and books from an early age, there is a protagonist and an antagonist.

Clever writers make it a little more complex, with the Boo Radleys and Snapes who are thought to be villains but turn out to be heroes. But generally, the characters fit largely into extremes: good guys or bad guys with little overlap: Harry Potter versus Voldemort.

But it's those characters on the edge who people can't get enough of. Like Walter White, the cancer patient who starts producing meth to leave some money behind for his family in the TV show Breaking Bad.

And that's probably because its an often unspoken truth that life is mostly gray, and not so black and white.

But the binary two choice meme has a function. It makes things a hell of a lot easier. And it prevents us from being crippled by indecision and inaction.

Of course, this is also easily exploited by bad guys…

When I hear that the FBI considered attempting to oust Trump from the oval office, I am tempted to think, hey, Trump must not be such a bad guy.

According to a new book by former deputy FBI director Andrew McCabe, top FBI brass discussed using the 25th amendment to remove Trump, even though as the Wall Street Journal explains: