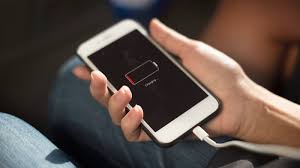 Instead of ending up in a landfill, the plastic used in grocery bags may soon be powering our smartphones, according to new research.

Scientists from Purdue University have developed a procedure that converts the plastic into the carbon chips that are found in lithium batteries used to power portable electronics, toys, and medical devices.

The technique could solve the plastic recycling crisis while simultaneously boosting production of lithium batteries, which are being used in everything from chainsaws to electric cars with a growth rate that may soon cause shortages or price spikes.

Experts have long suspected polyethylene in plastic bags could be a cheap source of energy-storing carbon, but their previous attempts at conversion have either failed or required processes that are too expensive or complex.

According to research published in ACS Omega by Dr. Vilas Pol, a chemical engineer at the Indiana university, the problem has been solved with a simple and more efficient approach.

Pol and his colleagues say they have developed a method that creates carbon chips that can be used as anodes, which are typically made of graphite and serve as the negative electrodes used in these rechargeable batteries.

The team immersed polyethylene plastic bags into sulphuric acid and sealed them inside a chemical reactor. This heated the plastic to just below the melting temperature of around 150 degrees centigrade.