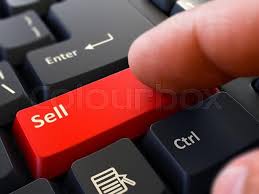 Seyhun, one of academia's "leading experts" on insider transactions, and his trading model were profiled in a recent Barron's article. Barron's had previously covered his work back in May 2017. At the time Seyhun's model was bullish and the S&P has, since then, risen by more than 20%. His model also gave the market "the benefit of the doubt" back in October, during a correction. Since then, the market is about 1% higher.

What is more notable, is that Seyhun's model has been found to be statistically significant by peer reviewed research. He claims that insider buying and selling data, when researched properly, "does a better job predicting year-ahead returns than almost all of the better-known indicators that are popular on Wall Street."

His model states that only some of those who are considered insiders are worth following. Specifically, he pays attention to the buying and selling of corporate officers and directors and overlooks transactions by a company's largest shareholders. Obviously, insiders and directors have more insight as to the health and sentiment of a company than "outsiders" like large shareholders. This can sometimes be a difficult way to perform analysis as, based simply on a size basis, large shareholders transact far more stock than insiders, which can be difficult to ignore.