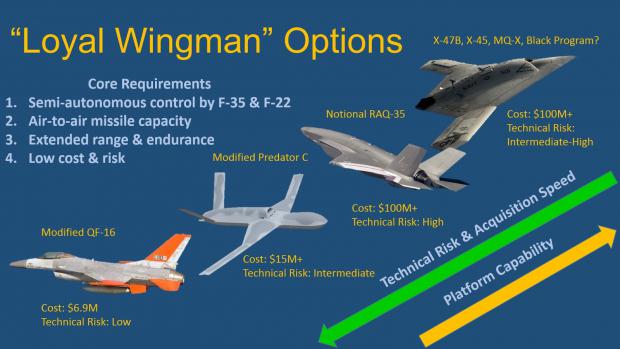 Boeing took the wraps off its new autonomous fighter jet, that's designed to fly alongside piloted aircraft
The jet, called 'Loyal Wingman,' measures 38ft long, can fly over 2,000 nautical miles and will take off in 2020
A prototype version of the drone was unveiled at an airshow in Australia, where it's currently being developed

Boeing has unveiled a new autonomous fighter jet plane that's designed to be a sidekick for piloted planes and could take to the skies as soon as 2020.

The unmanned drone, dubbed the 'Loyal Wingman,' is 38 feet long, has a 2,000 nautical mile range and is equipped with onboard sensors that enable it to conduct intelligence, surveillance and reconnaissance missions, as well as electronic warfare.

It's particularly suited for long-distance surveillance missions that humans can't typically perform, according to the firm.