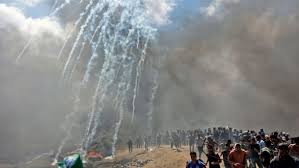 Instead, the petty complaints of partisan hacks and wide-eyed conspiracy theorists have taken center stage. A discredited lawyer whose lies no one takes seriously, and yet whose every word is pored over as if it were a revelation from on high, is treated as a credible source, while the ruler of a desperately poor country furiously signaling he wants to chart a new course is ignored, ridiculed, and threatened.

The President is withdrawing from Afghanistan and getting the heck out of Syria, having defeated ISIS and saved the last bastion of Christianity from being enslaved by the Islamic "Caliphate." And so what is the media focusing on? The fake regime change operation in Venezuela, which is – like so much of what the President says and does – lots of smoke and mirrors and very little action.

What difference does it make to the people of the United States who rules that wreck of a country? How does it advance our interests by one iota if some guy named Juan declares himself "President," or if the office goes to some socialist hack with a fat Swiss Bank account and a penchant for jailing his opponents?