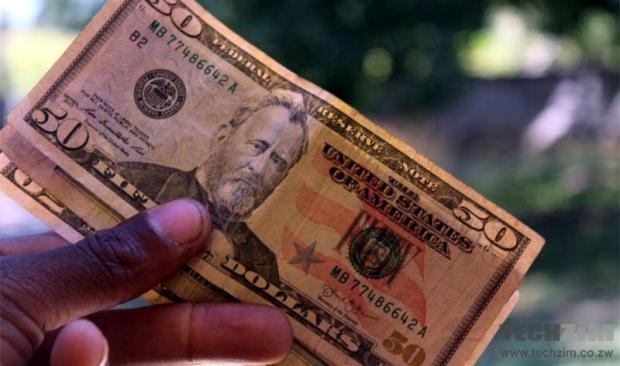 When you see the list of things Zimbabwe imports it's hard for you not to wonder: Is there something this country does not import? I mean we import everything from razor blades to matches. Now you can add another thing to the list: USD currency.

Yes, we import those flashy dollar bills and most of them come from South African banks. Unfortunately due to something called de-risking all South African banks have either terminated access to this cash or have given notice that they will no longer be supplying Zimbabwean based banks/businesses with USD cash.

According to William Manimanzi, the Deputy director of financial markets at the RBZ the problem could be a result of the fact that we are not officially a dollar economy

I think you are all aware that we are not officially dollarised. When I say officially dollarised, I mean we don't have an agreement with the United States that we were going to adopt their currency officially; we just unofficially dollarised. What that means is it's very difficult to bring cash (USD) in this economy. Where do we get our cash (USD) from? Ordinarily, we import from South Africa and most of the banks due to what is called de-risking issues, have now given us notice that they can no longer provide our own local banks with cash. So we are in a catch 22 situation. The only bank remaining was FNB and they gave notice in December that they will no longer supply our own local banks with cash.

This is hurting money transfer agents

This has also hurt the gold business as small scale miners expect to be paid in cash.

According to World Bank:

Global financial institutions are increasingly terminating or restricting business relationships with remittance companies and smaller local banks in certain regions of the world – a practice that is called "de-risking."

de-risking is indeed happening in pockets around the world – but its effects are unevenly distributed, with some regions more affected than others.

Smaller countries with limited financial markets are particularly vulnerable to de-risking practices, and we are seeing evidence of this, notably in the Caribbean region.