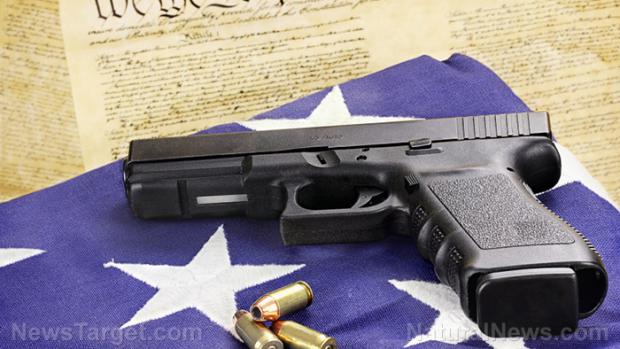 (Natural News) For years Democrat-run states have gotten away with implementing so-called "sanctuary city" policies that contravene federal immigration laws either because Uncle Sam refused to enforce them or, in the age of POTUS Donald Trump, because too many federal judges are better judicial activists than interpreters of the Constitution.

The same is true for marijuana laws. Democrat-run states decided a few years ago they would flout federal drug laws prohibiting the recreational use of marijuana by passing state ballot initiatives 'legalizing' pot. Mind you, pot's not legal as far as the federal government is concerned, but when the law isn't enforced, then lawlessness is what we get.

That said, when Democrats are flouting the law, that's okay; Democrats, as we're constantly reminded, are the most moral, upstanding, righteous political creatures on the planet. But when others flout laws they pass, then, suddenly, we have a "constitutional crisis" on our hands.

Case in point: Voters in Washington passed Initiative 1639, or I-1639 as it's more popularly known, in November, a ballot issue that calls for strict new gun control measures including "enhanced background checks," a 10-day waiting period before the delivery of a "semi-automatic assault rifle," proof of gun safety training within the past five years (or you can't buy a gun), and "secure storage" of firearms, whatever that means.

As it turns out, nearly half of the state's sheriffs, or about 20 of them, are refusing to enforce the law, especially while a lawsuit seeking to overturn it makes its way through the courts, because they don't believe it comports well with the Second Amendment's "shall not be infringed" provision. In addition, a number of county governments have passed their own ordinances opposing the enforcement of I-1639. (Related: The possibility for civil discourse is OVER in America… "vote and buy guns" says former federal prosecutor, because the Left has gone lawless.)

Blacks of Yesteryear and Today

If the Democrats Have Not Done Enough to Steal the Election, Here Are 21 Things That They Plan ...

To Vote Or Not To Vote, That is the Question