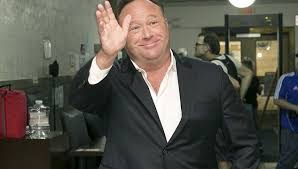 More people watched the return of Alex Jones on the Joe Rogan podcast than they did the Michael Cohen hearings, judging from YouTube's own metrics.

Ironically enough, YouTube claimed the Cohen hearing was "Trending" even though it had roughly 45k live viewers, and meanwhile the Alex Jones podcast had over 175k:

What's more, the archived video of the Jones podcast has over 2.5 million views, while on the other hand the archived media streams of the Cohen hearing typically have less than a million a piece:

supposed to be focused on the hearing, according to the powers-that-be.

The media was obsessed with the Cohen hearing, but that's not what the public wanted to pay attention to, judging by the numbers.

This, of course, explains the motivation behind Internet censorship: freedom of speech gives the public a choice of who to listen to.

And, generally speaking, people will always choose the path of personal enlightenment when given a choice.