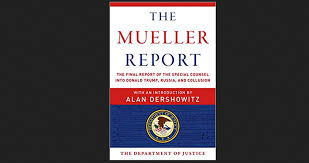 Can this possibly be legal?

Somebody apparently thinks so, because copies of the Mueller report are being offered for sale online right now, and according to the pre-order announcement the release date is going to be "March 26".  As a former attorney, I have no idea how anyone can legally do this.  As I have documented previously, when Mueller is done with his report he is supposed to submit it to Attorney General William Barr, and then it will be up to Barr to determine how much of the report, if any, will be made available to the public.  I suppose that it is possible that Barr has already agreed to release the full report to the public at the end of this month, but I find it difficult to believe that it would have been kept so quiet.  To me, something is not right about all of this.

Earlier today, I was shocked to hear that the Mueller Report was being offered for sale online, and so I decided to check it out for myself.