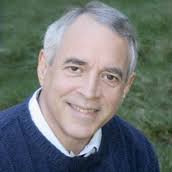 Get good grades.  Get a good job.  Get a college education.  Work your way up the ladder.  You might become a millionaire.  But you are always relying on someone else determining how valuable you are.  According to the U.S. Debt Clock, in this land of capitalism and free enterprise, there are only 8,826,490 Americans out of a labor force of 156 million who are self employed and theoretically have no imposed cap on their income.

Most Americans live in debt.  The population can be divided by those who pay interest on their debt and those who collect that interest   Primarily the financial classes have the most wealth in the country because they receive interest payments and have been given near-free money to play with.  Most Americans work for someone else, even government itself, which may not be a bad idea since government issues the money.  In Illinois, State worker retirement funds are attempting to tap into private pension funds to meet their obligations.  Can you imagine?  Socialism in practice.

According to Tom Corley, author of , only 21% of millionaires earn A's in school.  Good grades bear no obvious relationship with being independently wealthy.  In fact, Corley says it is the poor kid who learned to struggle with academics who developed skills of resilience and became thick-skinned, took risks, and earned unlimited income.

Colleges don't teach kids to become entrepreneurs.  In fact, it appears colleges are teaching kids socialism — live off of someone else's income (taxes on the top income earners).  Oil-rich economies did precisely that — and it worked as long as oil was $100/barrel.  But now that the OPEC monopoly on oil has been dashed and oil is ~$30/barrel, those socialist economies (Arab States, Nigeria, Venezuela) are crashing.  The people are left in the street to find food in restaurant garbage cans and grovel for scarce supplies of toilet paper because they never learned how to get off the government dole.

The federal government's biggest trick is to tax wage earners in valuable dollars during your income earning years and give it back to you in worth-less dollars in retirement.  It is the mother of all shell games.  The dollar you get back in retirement via a Social Security check looks the same, but it has diminished purchasing power.

US Democracy is a Façade: There Are No Effective Constraints on Elites' Behavior