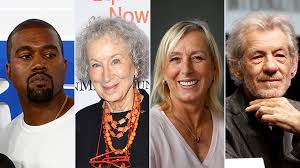 Navratilova, one of the most-decorated tennis players in history, was one of the most high-profile LGBT advocates for decades, when it wasn't a risk-free choice.

Yet, for all her public standing there are some things that she is not allowed to say – even on her home court. Sparks flew in December when she tweeted that formerly-male transgender athletes "can't just proclaim themselves female" and use their inherent biological advantage to compete against those born a different gender.

"There must be some standards, and having a penis and competing as a woman would not fit that standard," wrote Navratilova, who enjoyed a better first-hand view than almost anyone of the athletic gap between men and women, and was herself coached by transgender athlete Renee Richards in the 1980s.

Initially rebuked, naively she thought she could do "research" which only "strengthened" her opinions – that it was "insane" that male-born athletes were allowed to collectively "cheat."

Then came the casting out. Navratilova was binned as representative of an LGBT organization, her views were not contestable, but "wrong" and "ignorant," her research worthless, her outlook not just "transphobic" but encouraging "violence" against those who had undergone gender reassignment. One article compared her to Joseph Goebbels.

This is, in her own words with the time of forethought and authorship, Martina Navratilova's 'core' argument against trans women athletes.

'The silent majority has made itself heard': Whistleblower sacked by Facebook...