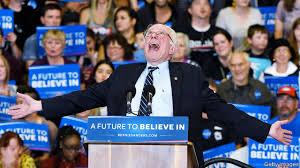 Soviet revolutionary Vladimir Lenin used the motto, "Land to the peasants, peace to the nations, bread to the starving." Sounds good, right?

Last week, this column asked: "Why are we still debating the merits of socialism?"

Based on quite a few responses, I've come up with three main answers. First, a surprising number of people still are seduced by its nice-sounding promises. Second, some politicians and activists are using the term again, which gives rise to this discussion. If you ask the public anything, including the virtues of cannibalism or self-immolation, a certain percentage will like the idea. Third, many people think wanting more social-welfare programs is the same as being socialist.

It is a good idea for people living in a self-governing democracy to have discussions about basic political philosophy even if the debates can become overheated in a world dominated by social media. As King Solomon wrote in Ecclesiastes, "What has been will be again, what has been done will be done again; there is nothing new under the sun." The same ideas and temptations are always with us, so reprising musty old debates is healthy. Here goes.

Regarding the first answer, some readers criticized me for bringing up the suffering in the Soviet Union, Cambodia, Cuba and Venezuela. That's not socialism, they say, but communism. Russia was known as the United Soviet Socialist Republic and all such regimes referred to themselves as socialist, but, yes, communism is an extreme example. But both rely on the transfer of power from individuals to the state. As the saying goes, any government big enough to give you everything you want is big enough to take away everything you have. Socialistic governments of all types obliterate the incentive to work and invest, so they end up just taking things away.