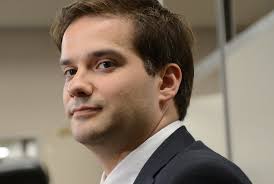 Mark Karpeles, CEO of the now-defunct bitcoin exchange Mt. Gox, has been sentenced by the Tokyo District Court. The court convicted him of record tampering but found him not guilty of embezzlement. He received a suspended jail sentence of two and a half years.

The CEO of the now-defunct Mt. Gox exchange, Mark Karpeles, received a suspended jail sentence of two and a half years Friday after the Tokyo District Court found him guilty on charges of data manipulation, according to local media. Noting that the court suspended the sentence for four years, AFP-Jiji Press wrote:

The court convicted Mark Karpeles, a 33-year-old Frenchman, for falsifying computer data but acquitted him over charges of embezzling millions from client accounts. Tokyo-based tech reporter for Bloomberg, Yuji Nakamura, translated the verdict in a series of tweets. "We're calling it that he's not actually going to prison," he wrote. "In plain English: he's guilty of record tampering, but not guilty of embezzlement. He is 'suspended' for 4 years, during which time if he does anything bad he'll be jailed for 2.5 years."

The Circle Is Complete: BOJ Joins Fed And ECB In Preparing Rollout Of Digital Currency

With Real Rates Rising is the Fed Preparing a Digital Dollar?