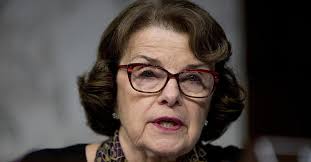 The office of Sen. Dianne Feinstein, D-Calif., has been linked to a cyber-attack on Senate Republicans during the confirmation hearings of Justice Brett Kavanaugh last fall, according to The Daily Caller.

The information leak was intended to intimidate or terrorize the conservative lawmakers into submission. The suspect was also charged with witness intimidation for trying to silence a coworker.

It turns out the suspect,  Jackson Cosko, was a former information technology officer for top level Democrats and is well connected to Feinstein.

Cosko "was arrested for allegedly posting the personal information (or 'doxxing') of a number of senators including Lindsey Graham, R-S.C., Mike Lee, R-Utah, and Orrin Hatch, R-Utah on Wikipedia — with information such as their home addresses and phone numbers," Fox News reported in October.

According to police, Cosko was confronted by a different Democratic senator's staffer over the alleged attack. Cosko reportedly tried to intimidate that witness into silence.