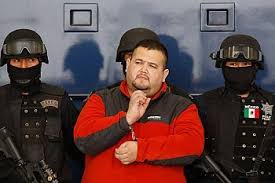 America has been invaded and the epicenter of this invasion is located in Humboldt County, CA. This invading army is exporting its erosion of law and order the undermining of the United States to all parts of the country. This article will continue to dig deeper into this invasion by exposing the layers of this invading army for from the eyes of many Humboldt County residents.

From Special Correspondent to the CSS, Marilyn Rupar:

The Sinoloa Cartel has been operating in Humboldt for some time. Here's a few articles from 2018 -( also attached)
A comment was made in one of the articles that there are Sinaloa members in most small towns in the US –
The person making the comment added: "you will never know we are here".
They often appear to be farm hands and low wage worker – but work for the Sinaloa Cartel.

On  November 16, 2018, Borderland Beat published a report which, in part stated, "After a several month-long investigation, the Humboldt County Drug Task Force (HCDTF) has identified  Rodrigo Moreno Rios (aka "Shorty") as one of the primary leaders in a Drug Trafficking Organization (DTO) in the Eel River Valley.   Moreno Rios is believed to employ multiple individuals who assist in the delivery of heroin to Humboldt County communities.
(Note -The Eel River is in Southern Humboldt County near Garberville).