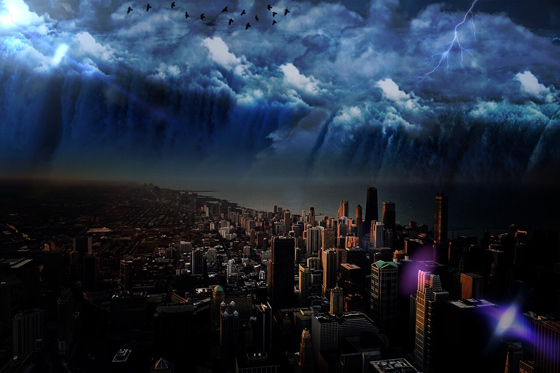 A lot of Americans are mocking Venezuela right now, but the truth is that what has happened to them could also happen to us very easily.  As you will see below, DARPA is so concerned about the possibility of a cyberattack taking down our power grid that they held an extended exercise recreating such a scenario late last year.  And even though scientists tell us that it is inevitable that a "solar tsunami" will absolutely devastate our power grid at some point, our leaders on the federal level refuse to spend the money that it would take to protect our basic electrical infrastructure.  In addition, Russia, China, North Korea and others have developed extremely advanced EMP weapons, and we have absolutely no protection against them.  One way or another, an extended blackout will eventually happen in the United States, and so we should try to learn some lessons from what is going on in Venezuela right now.

And without a doubt, life is hell in Venezuela at this moment.  The following comes from NPR…

Signs of the crisis are everywhere you look in the Venezuelan capital. "Drive around Caracas, and you see long lines of cars waiting for hours at the few gas stations still operational," NPR's Philip Reeves reported from the city.

"Motorists park on highways, cell phones aloft, searching for a signal. The rich have taken refuge in luxury hotels. The poor stand in lines in the street," Reeves added.

The power outage has affected water pumps in some Caracas neighborhoods, meaning that people are waiting to fill water bottles at public locations such as springs.

As food supplies run out, people are becoming increasingly desperate, and desperate people do desperate things.

Hundreds of stores are being looted, and the overwhelmed police are instructing store owners to fend for themselves…

Looters smashed shop windows and made off with merchandise in more than 300 businesses across the state along the border with Colombia, the Zulia chapter of business organization Fedecamaras said in a statement.

"About 100 people came into the store and took all the food, the point of sale terminals," said Maria Centeno, 29, the owner of a store selling food and furniture that was looted on Sunday. "They were people from the community. The police came by and they told me to sort it out myself."

Of even greater concern is the fact that many people are dying from a lack of medical care.

Without power, there is little that the doctors are able to do, and one mother was forced to actually carry the body of her dead daughter through the streets to a morgue after the local hospital was unable to help her…

If you see this new alert from Google, something has gone terribly wrong