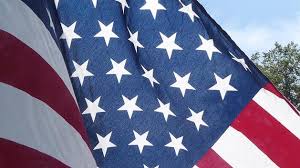 So Joe Biden told the firefighters union this week.

But does Joe really believe that? Or does that not sound more like a plea, a wistful hope, rather than a deep conviction?

For Biden surely had in mind the debate that exploded last week in the House Democratic caucus on how to punish Somali-American and Muslim Congresswoman Ilhan Omar for raising the specter of dual loyalty.

Rebutting accusations of anti-Semitism lodged against her, Omar had fired back: "I want to talk about the political influence in this country that says it is OK to push for allegiance to a foreign country."

Omar was talking about Israel.

Republicans raged that Nancy Pelosi's caucus must denounce Omar for anti-Semitism. Journalists described the raising of the "dual loyalty" charge as a unique and awful moment, and perhaps a harbinger of things to come.

Yet, allegations of dual loyalty against ethnic groups, even from statesmen, have a long history in American politics.