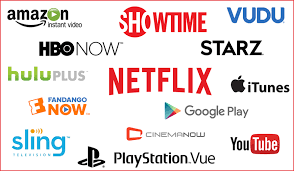 For the first time, a higher percentage of households in the U.S. subscribe to a digital streaming service than to traditional pay television, according to the results of a new survey released Monday by Deloitte.

Deloitte's 13th annual digital media trends survey found that 69% of respondents have at least one streaming video subscription, compared with 65% who have a traditional pay TV subscription. The finding underscores the continued popularity of services such as Netflix, Hulu and Amazon Prime, as more consumers become disenchanted with the high costs associated with cable and satellite packages.

The survey found that the average consumer subscribes to three streaming services and that binge-watching continues to be a popular activity, with 91% of U.S. millennials saying they have watched three or more episodes of a show in a single sitting.

But many consumers experience frustration with streaming services' content, with 47% saying they need multiple subscriptions to watch everything they want and 57% saying shows that they enjoy have disappeared from streaming services.

"This is happening more frequently as more studios and TV networks are pulling content from the major streaming services to launch their own direct-to-consumer offerings," the report said.

In response, streaming services have been ramping up production of their own original content.

Another source of frustration is the difficulty many streaming subscribers have in finding the shows or movies they want. The survey found that 43% of consumers give up on the search for content if they can't find it within a few minutes.

"Overall, consumers say they are getting much of what they want but are frustrated by the complexity and effort to get it," the report said.