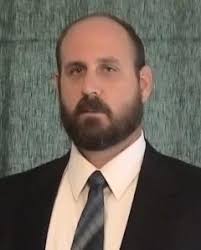 Does the Constitution authorize the federal government to have a war on drugs? Of course not. But that doesn't stop conservatives from supporting the DEA and the federal drug war.

Is a government limited to reasonable defense, judicial, and policing activities compatible with government interest in the eating, drinking, smoking, medical, and recreational habits of Americans? Of course not. The only limited government that conservatives seek is one limited to control by conservatives.

Do conservatives believe that free enterprise includes the freedom to buy and sell drugs? Of course not. They want the government to prohibit people from peacefully buying and selling drugs.

Do conservatives believe that individuals should be free to use drugs in the privacy of their homes? Of course not. They have no problem with SWAT teams breaking down your door in the middle of the night because they suspect that you have drugs in your home.

Do conservatives believe that what you do on your property is your business as long as what you do is peaceful and consensual? Of course not. They are okay with the government confiscating your property if you use it to facilitate commerce in drugs.

Do conservatives believe there should be a free market in drugs? Of course not. They want massive government intervention in the market when it comes to drugs.

But it's not just the issue of the drug war that shows the tyranny of conservatives.

Consider the issue of prostitution.

Not so, says conservative Scott Yenor, a professor of political science at Boise State University, in an article written for the Heritage Foundation, a conservative think tank.

1 Comments in Response to The Tyranny of Conservatism

Thus, at root, every politician is a Nazi." From: http://strike-the-root.com/monster-in-making

Conservative Hypocrisy on the Looters

"We Rig The Game": Facebook Whistleblower Reveals Bias Against Conservatives...

The Moral Bankruptcy and Hypocrisy of Conservatives

Rioting: Everyone Has Lost Their Minds