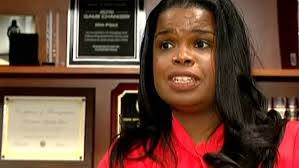 The fate of the higher-ups who pulled the strings to get Jussie Smollett off the hook is now in the hands of a dummy who is panicking.

The venerable political machine that runs the most corrupt big city in America, the very city who gave us the presidency of Barack Obama, is erupting in a political civil war over a case that has riveted the attention of the public.  What makes this story a beacon of hope for reform-minded populists is that the fate of the rascals is now in the hands of an incompetent public official who has outraged the public with obvious corruption of justice, and who is now panicking and making huge mistakes because the walls are starting to close in on her.

For people who have spent the last few days on the dark side of the moon, prosecution of Jussie Smollett for falsely reporting a fake hate crime that he personally staged with the help of two associates (who have confessed and who are on surveillance tape purchasing the items used in the fake attack) was dropped by the state's attorney's office of Cook County and the record expunged with evidence in the case sealed.

As Judge Andrew Napolitano noted on Fox, expunging the records means that Smollett can truthfully testify under oath that he was never arrested, despite the fact that the entire world knows he was.  The obvious stupidity is not lost on anyone — least of all the producers of Empire, who now have no legal grounds for terminating his contract.