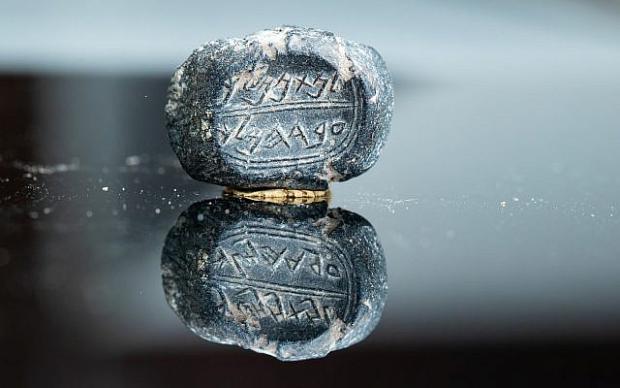 The two inscriptions, in paleo-Hebrew writing, were found separately in a large First Temple structure within the span of a few weeks by long-term team members Ayyala Rodan and Sveta Pnik.

This burnt clay impression is the first archaeological evidence of the biblical name Nathan-Melech.

The inscriptions are "not just another discovery," said archaeologist Dr. Yiftah Shalev of the Israel Antiquities Authority. Rather, they "paint a much larger picture of the era in Jerusalem."