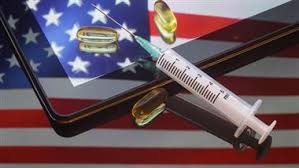 While parents claim their vaccine-injured children are being swept under the rug, federal and state authorities in the U.S. are cleaning up such "misinformation" by eliminating — with the hope of preventing from ever being seen — books, movies and websites touting harms of vaccines. As recently reported by The Washington Post:1

"YouTube said it was banning anti-vaccination channels from running online advertisements. Facebook announced it was hiding certain content and turning away ads that contain misinformation about vaccines, and Pinterest said it was blocking 'polluted' search terms, memes and pins from particular sites promoting anti-vaccine propaganda … Amazon has now joined other companies … pulling books touting false information about autism … and vaccines."

According to CBS News,2 Google is also "reducing recommendations of ... content or videos that could misinform users in harmful ways."

According to bioethics professor Bart Craplin, parents of brain damaged children are dangerous vectors of misinformation contagion3 and pose a very serious threat to public health.

However, it's not entirely their fault, he points out. In all of these cases, the children's decline in health coincided with exposure to vaccine misinformation, causing these parents to wrongfully assume that their children's vaccinations played a role.

By removing all sources of vaccine misinformation and reeducating these confused parents, "we'll be able to inoculate them both mentally and physically," Craplin said during a recent news conference, at which the government's plan for mandatory vaccine reeducation camps was announced.

"The power of social media, particularly in the vaccine space, is so strong that it's leading to fear of vaccines, which is leading to epidemics, which is putting people at risk," Craplin said, adding, "For the greater good, clearly there is a role for targeted censorship of vaccine misinformation. Pharmaceutical decisions should be made by educated physicians and politicians, not misinformed individuals."

"The anti-vaccine movement has been sustained … by fraudulent research from 1998 that purported to show a link between autism and a preservative used in vaccines — despite numerous studies that have provided conclusive evidence that vaccinations do not cause autism.