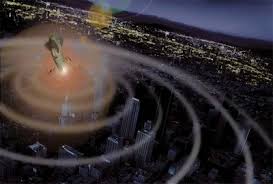 (Natural News) A new warning from the White House has underscored the fragility of our society. As the Trump administration cautions, an EMP attack could easily take down the United States in a single shot. As such, Trump has now issued a presidential EMP order, with the aim of protecting vital infrastructure from total destruction. EMP, or electromagnetic pulse, attacks have been a known threat to the United States for decades. In spite of this, little has been done to insulate the nation's most vulnerable and necessary structures — like power grids — from being destroyed by such an event.

As The Hill reports, the Congressional EMP Commission has been discussing EMPs as a major threat to the United Since since the Cold War.

Now, President Trump has issued an executive order to get the ball of national preparedness rolling. Under this new directive, key recommendations of the Congressional EMP Commission will finally see the light of day. The White House reportedly plans on having a "comprehensive strategy on EMPs" ready within the next 12 months.

While EMPs have been on the federal government's radar for at least 20 years, it is only now that we see that risk being taken seriously. As The Hill contends, federal agencies have failed to adequately acknowledge and prepare for a potential EMP threat.

Trump's order directs the secretaries from the Energy and Defense Department and the Department of Homeland Security to "develop a plan to mitigate the effects of EMPs on the vulnerable priority-critical infrastructures." DHS and Energy are also being directed to work with other federal agencies and the private sector to make this plan.

When Is a Summit Not One?

Taibbi: The Heroic Congressional Fight To Save The Rich

American Cities Are In Decline

Dick Morris: Biden's "Infrastructure Bill" Is a Lie It's a Ploy to Collectivize th

Selected, Not Elected, Biden/Harris Time's Dual Persons of the Year