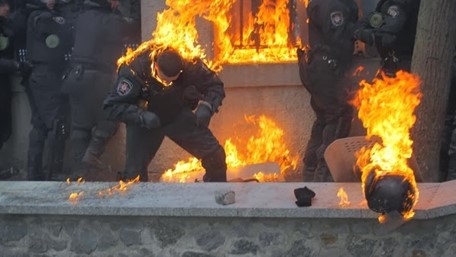 Venezuela is home to the largest oil deposits in the world, which makes the political stakes involved much higher than they would be otherwise. Enter Juan Guaidó, Washington's puppet leader in Caracas, who will be attempting to rally the country against legitimate (i.e., democratically elected by the people) President Nicolas Maduro next month.

Venezuelan opposition leader Juan Guaidó has announced that April 6 will kick off a nationwide "tactical actions" as part of the so-called Operation Freedom protests, which are designed to oust President Nicolas Maduro.

"On April 6 will be the first tactical actions of the # Operation Freedom across the country," Guaidó declared over Twitter this week. "That day we must be ready, prepared and organized, with the Aid and Freedom Committees already formed. The rescue of Venezuela is in our hands!"

But first, who is Juan Guaidó? That's a questioning worth pondering momentarily because just a few months ago, the overwhelming majority of Venezuelans – 81 percent of the population – had never heard of the young man before. That all changed when Guaidó, 35, was awakened by a phone call from none other than US Vice President Mike Pence. Literally overnight he had become the poster boy of the political opposition in Venezuela and leader of the National Assembly. "Juan Guaidó is a character that has been created for this circumstance," Marco Teruggi, a sociologist and leading observer of Venezuelan politics, told the Grayzone. "It's the logic of a laboratory – Guaidó is like a mixture of several elements that create a character who, in all honesty, oscillates between laughable and worrying."

In fact, Washington recognized Guaidó more than just an opposition leader; it recognized him, without a drop of legality, as the de-jure president of the Latin American country (Just this week, Guaidó's wife Fabiana Rosales was the guest of honor at the White House, as the media referred to her as "first lady" and "first-lady-in-waiting").

Meanwhile, the US media has wasted no time placing the laurels on Guaidó's young, inexperienced head, declaring the quiet coup d' etat the "restoration of democracy" in a land where the election process, which provides its voters with a digital receipt, is considered to be the most transparent and reliable in the world. In other words, if Maduro is in office, which he is, it is due to the will of the people, not the will of Mike Pence.

So what should Venezuela expect on April 6 with the commencement of Guaidó's organized protest? Anything is possible, but the likelihood of some sort of event or incident that will heighten the tensions in the country cannot be discounted. It certainly does not help that Trump's national security advisor John Bolton warned in the past of "serious consequences" if any harm comes to Guaidó.

INSURRECTION: BLM Mob Swarms D.C. Streets, Chants 'If We Don't Get It, Burn It Down'

The March Continues In DC