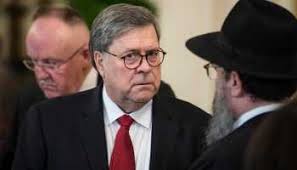 The report followed the release of Barr's summary by more than a week, and in that time, Mueller and his team have made no public statements, while Jerry Nadler and the Democrats in control of the House Judiciary Committee have threatened to subpoena the full, unredacted report (despite concerns that a judge would need to sign off on the release of any materials from Mueller's grand jury hearings).

Specifically, the investigation "sources" purportedly told the NYT that they felt Barr should have included more information from their summaries of the reports' findings, which were handed to Barr along with the report - suggesting that the AG actively tried to "cover up" the true nature of the report and its findings.

For all its length, the NYT report was light on details, tried to establish the narrative of a brewing feud between Mueller and Barr, to men who share a 30-year-friendship and, according to Barr, a mutual respect. The gist of the NYT report is that the Mueller team is worried that by releasing Barr's summary of the conclusions, the AG would allow the narrative of no collusion, no obstruction to "harden" in the public view before the full redacted report is released (Barr, of course, has promised to release, and President Trump has said that the public should be allowed to see it).