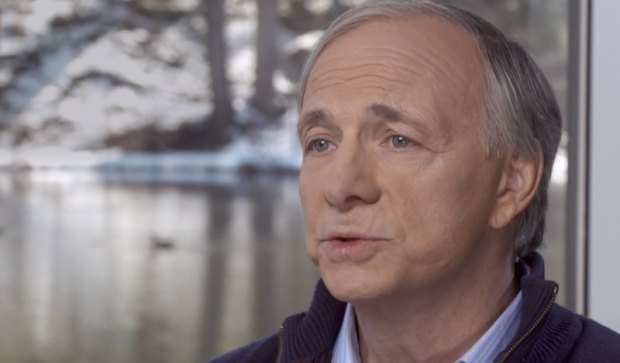 After giving $100 million for Connecticut's public schools and publishing a lengthy treatise entitled "Why And How Capitalism Needs To Be Reformed", Bridgewater Associates founder Ray Dalio took his battle to encourage bipartisan though still-radical 'reform' of American capitalism to an even broader audience: that of CBS's long-running television news magazine '60 Minutes', where he invited the program's journalists to interview him aboard his yacht near the Bahamas, and to the rarefied offices of Bridgewater, to hear about how the American system must either change, or die.

The interview included plenty of red meat for Dalio's journalist guests, as the billionaire illustrated his point with bombastic quotes like the one below:

"I think the American dream is lost...for the most part we don't even talk about it."

But what's not working?

"It's not redistributing opportunity...there's a growing wealth gap and a growing income gap."

Dalio - who '60 Minutes' claimed avoids extensive interviews despite his borderline pathological lust for publicity - reiterated many of the 'solutions' he proposed in his essay, included the notion that a 'national emergency' should be declared to deal with economic inequality.

"If I was president of the United States what I would do is recognize that this is a national emergency."

Either that, or we risk allowing America's longstanding Democratic institutions being thrown into upheaval, because the economic inequality will be resolved eventually. The question is whether the solution will involve practical reforms or a descent into authoritarianism.

Channeling Warren Buffet, who pays very little in taxes due to the fact that most of his wealth is in stock, Dalio says 'of course' taxes should be raised on wealthy people like him. But the key is to take money raised by the government and use it "productively." According to Dalio, the notion that tax cuts stimulate growth "doesn't make any sense at all."

But in response to all of the young people who believe socialism is the answer to America's problems, Dalio would like them to know one thing: It definitely isn't.

But what are the odds that the reforms of which Dalio speaks actually happen. If e had to assign probabilities, he said '60-40' that the inequality issue will be dealt with 'badly' - implying either a violent revolution like he warned about in his essay, or the election of an authoritarian leader to "restore order", as he put it.

Dalio, as CBS reminds us, bought his first stock when he was 12 with money he made as a golf caddie. However, the program's description of Bridgewater's army of analysts was slightly antiquated, depicting them as the drivers of the firm's investment decisions (rather than a marketing tool. At Bridgewater, it's well known that the machines make most of the investment decisions.) More humorously, '60 Minutes' sat in on one of Bridgewater's staff meetings, and gently reported that "there's a bit of a Big Brother vibe"...and humorously pointed out that a camera visible in one of the company's meetings "wasn't ours, it's theirs").

Though one fact that's not up for debate: Bridgewater has made money for its clients during 25 of the last 28 years. And last year, when the S&P 500 sank 4.5%, Bridgewater posted a double-digit gain.