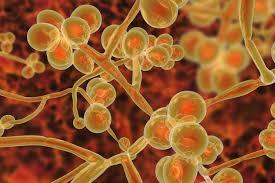 A "mysterious and dangerous" fungal infection has emerged, and experts are warning that it is a serious global health threat.

In A Mysterious Infection, Spanning the Globe in a Climate of Secrecy, The New York Times outlines the terrifying details:

The germ, a fungus called Candida auris, preys on people with weakened immune systems, and it is quietly spreading across the globe. Over the last five years, it has hit a neonatal unit in Venezuela, swept through a hospital in Spain, forced a prestigious British medical center to shut down its intensive care unit, and taken root in India, Pakistan and South Africa.

This fungal infection is extremely difficult to kill.

Last May, an elderly man became infected with C. auris and doctors were not able to save him.

What happened after his death is horrifying:

The man at Mount Sinai died after 90 days in the hospital, but C. auris did not. Tests showed it was everywhere in his room, so invasive that the hospital needed special cleaning equipment and had to rip out some of the ceiling and floor tiles to eradicate it.

"Everything was positive — the walls, the bed, the doors, the curtains, the phones, the sink, the whiteboard, the poles, the pump," said Dr. Scott Lorin, the hospital's president. "The mattress, the bed rails, the canister holes, the window shades, the ceiling, everything in the room was positive." (source)