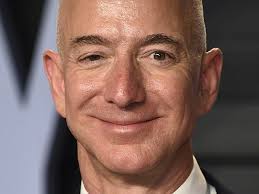 The web retail giant has become the dominant market player in book sales, accounting for nearly 50 percent of physical and 83 percent of e-book sales in the U.S. As such, Amazon has the power to effectively cut an author off from the vast majority of the books market.

Amazon began its new round of purges by targeting the white nationalist fringe. In February, the tech giant banned a number of books from white identitarian Jared Taylor, and a book called The White Nationalist Manifesto by Greg Johnson.

This followed bans on Holocaust revisionist books in 2017, and a purge of all books by controversial pickup blogger and author Daryush "Roosh" Valizadeh in 2018.

As with financial blacklisting, a censorship spree that starts by targeting extreme ideas quickly moves towards the censorship of more mainstream ones. In early March, the online retailer banned Muhammed's Koran: Why Muslims Kill for Islam, a Chronological Koran and critique of the Islamic religion co-authored by British populist Tommy Robinson.