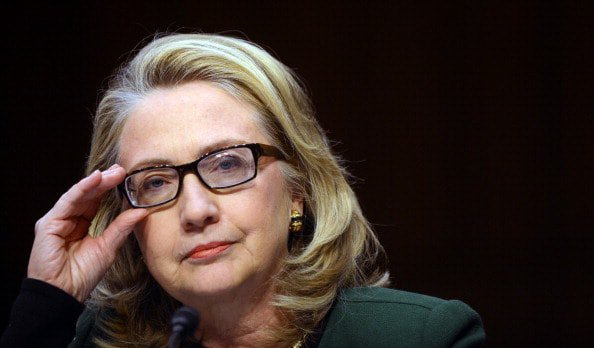 FBI notes of an interview with an unidentified Platte River Networks employee in February 2016 show that the IT company "gave someone access to live HRC archive mailbox at some point."

The notes go on to show an email from Dec 11, 2014 which reads, ""Hillary cover up operation work ticket archive cleanup."

The unidentified employee said that the "cover up operation" email "probably related to change to 60 day [sic] email retention policy/backup." The subject indicated that he didn't "recall the prior policy." The notes also indicated, "[Redacted] advised [redacted] not to answer questions related to conv [conversation] w/DK [David Kendall] document 49 – based on 5th amendment."

Other documents uncovered by Judicial Watch include:

A Platte River Networks email between redacted parties on December 11, 2014: "Its [sic] all part of the Hillary coverup operation

An Email from Platte River Networks in August 2015: "So does this mean we don't have offsite backups currently? That could be a problem if someone hacks this thing and jacks it up. We will have to be able to produce a copy of it somehow, or we're in some deep sh*t. Also, what ever [sic] came from the guys at Datto about the old backups? Do they have anyway [sic] of getting those back after we were told to cut it to 30 days?"

In March 2015, Platte River Networks specifically discusses security of the email server: [Redacted] is going to send over a list of recommendations for us to apply for additional security against hackers. He did say we should probably remove all Clinton files, folders, info off our servers etc. on an independent drive.

Documents show the IT company also used BleachBit on Clinton's email server which was downloaded from a vendor called SourceForge at 11:42 am on March 31, 2015 and was used to delete files from Clinton's server.