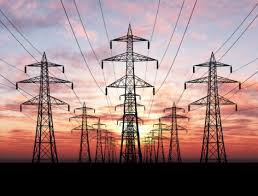 Even president Donald Trump has taken it upon himself to sign an executive order declaring an Electromagnetic Pulse (EMP) could be "debilitating" to the United States' power grid.  Far too many Americans won't know what to do when the inevitable finally happens. And things will get dire should we have to live without power for more than one week.

"It is the policy of the United States to prepare for the effects of EMPs through targeted approaches that coordinate whole-of-government activities and encourage private-sector engagement," said the executive order released by the White House.

A congressional report warned that an EMP attack on the East Coast would kill 90 percent of those in the area over the course of ONE year due to the lack of food, money, fuel, electricity, and medical care.

The infrastructure is crumbling, and while the government claims they intend to secure the power grid, most of us know much better.  The best the rest of us can do is make sure we are armed with knowledge and the survivalist mentality.